What is drip irrigation?

Drip irrigation for landscape is the slow and frequent application of water to the plant through emitters placed along or inline a water irrigation line (such as polyethylene tubing). The dripline can be placed at the surface near the plant to be irrigated or placed in rows to irrigate an area. Sub-surface irrigation is the application of water via dripline below the soil surface. Many manufacturers of drip irrigation equipment produce dripline and drip emitters that can work either at the soil surface (on line) or below the surface (sub-surface). 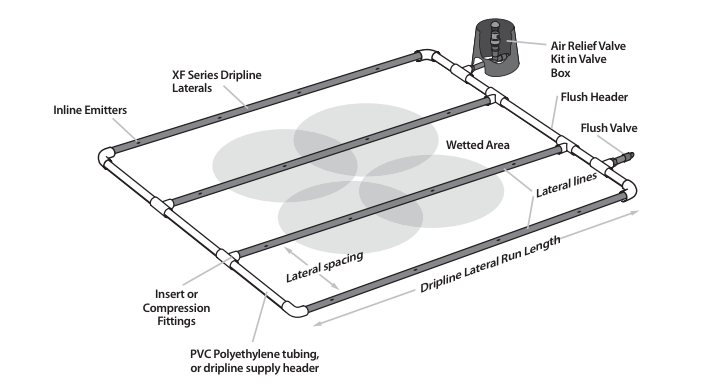 Drip Emitters have small flow rates that range between .25 and 2.0 gallons per hour (GPH) and are typically installed along a polyethylene hose at intervals dependant upon plant spacing. The size and type of plant will determine the numbers and size of emitters (as well as the water window). Drip emitters are installed by hand (or with an insertion tool) along a blank polyethylene tube, shown below. 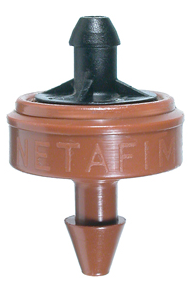 Dripline tubing has in-line emitters already built into the tubing that is pressure compensated for precise flow control throughout the irrigation zone. Typical flow rates for inline emitter tubing is from 0.2 to 0.9 gallons per hour (GPH) with emitter spacing from 6 inches to 18 inches. Different manufacturers have somewhat similar flow rates and spacing of dripline emitters. The image shown below details inline emitter tubing. 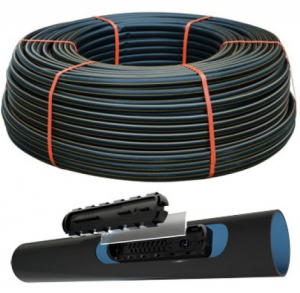 Some of the characteristics of drip irrigation are the following:

Low Flow Rates:Water is applied at a low flow rate thru the dripline. Typical flow rates for drip irrigation my range from 0.2 to 2.0 gallons per hour (GPH).

Application: Water is applied directly at the plants root zone where a majority of its roots are located. This increases the efficiency of the irrigation system. By applying drip irrigation directly to the root zones little water is lost via overspray or atomizing.